The story of the nativity gives people significance and hope

The story of the nativity gives people significance and hope

I recently picked up the New Yorker magazine as I waited at an airport. The front cover opened up to form a spread that pictured the ascent of man from a funny little monkey to a tall well dressed good looking “homo sapien.”

The New Yorker artist had depicted the in-between stages as the beast evolved with ever increasing complexity until it, now a he, mastered language, writing, and computer science. The last scene in the long drama was a let down, if ever there was one. It showed the end product of the evolutionary process, now a refined surprised sophisticated human, as he hurtled to his doom over a cliff. A billion years of evolution gone in the blink of an eye! Millions believe this nonsense (pardon my frankness) and even if millions more do not swallow the stupidity whole, they are influenced by it. Hence society today is plagued by the sickness of meaninglessness. Why is not everything permissible and nothing forbidden if I am a cosmic accident? Why not eat, drink and be merry if tomorrow I go off the cliff? I have just talked to the wife of a man, once a fervent believer, who gave up faith and in so doing embarked upon a life without restraint. He has now lost all — his health, his family, his sanity. He is a member of a legion of lost souls who have believed the lie that there is no God and man is no more significant than the fly on the wall.

Soon the world in its incoherent, stumbling, bumbling way will remember the night when a bright star arose over Bethlehem. That night heard the cry of a newborn baby boy, although those first birth notes were blended with the irreverent grunts and neighs of farm yard animals. The baby was Jesus.

“For to us a child is born, to us a son is given, and the government will be on his shoulders. And he will be called Wonderful Counselor, Mighty God, Everlasting Father, Prince of Peace. Of the increase of his government and peace there will be no end. He will reign on David’s throne and over his kingdom, establishing and upholding it with justice and righteousness from that time on and forever. The zeal of the Lord Almighty will accomplish this.” Isaiah 9:6,7 NIV

If this story of the nativity is true, then nothing else matters. If it is not true, then nothing matters. Let no one misunderstand what is at stake here. If Jesus is Who He said he was, then God cares infinitely about this Planet in rebellion, and each one of us. Because He is infinite in power and knowledge, He can concentrate on one individual as though he were the only one needing His attention. Just think about that. Furthermore, the life and death of Jesus tell us that God is our best friend, and has a solution to the destructive forces that rip people apart. He assures us that our lives are not in vain, and that there is a purpose in everything (Romans 8:28). He promises that one day we will live with Him in a beautiful place where no one will talk about sickness, sorrow, or death, because those sordid things will be gone forever. They will vanish off the cliff, not us!

Let us at this season, when the weary world pauses to remember the Christ Child, reaffirm our faith. Let us resolutely choose hope over despair, faith over doubt, courage over fear, purpose over meaninglessness, love over hate, and life over death.

Let us also spare a thought for those who, through no fault of their own, live lives of quiet desperation. Let us resolve that we will reach out to the lost multitudes with the Gospel of Christ. There are great opportunities waiting to be grasped by you and me. As I write, the following projects demand our attention:

Mission to the Spanish World

We are right now planning a mission to Guadalajara, Mexico. Not only do we wish to see thousands won to Christ during this campaign, we are planning to produce a full evangelistic TV series in the Spanish language. We are praying that thousands of DVDs in Spanish will flood those lands, “south of the border.” Cost: $500,000.00

We are now telecasting on five Indian TV stations, but need to increase this outreach. This is urgent. Cost: $200,000.00

Mission to the South Pacific

A great campaign is now being planned for Christchurch, New Zealand. This will also be a training school for ‘Light-bearers’. The world needs hope. Let’s give them the gift that Jesus gave us. Cost: $500,000.00

Please write today and please remember that your check will be used to bring the message of Jesus to lost souls. Let’s give them the gift of hope. Let our dollars work while they still have value!

Thank you in Jesus’s name. May the Christ of Bethlehem bless you with His love and peace. 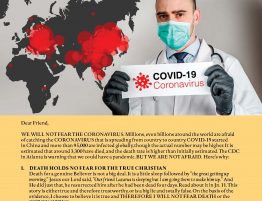 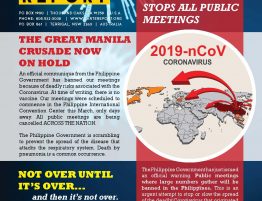 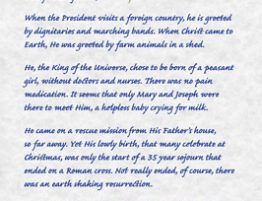 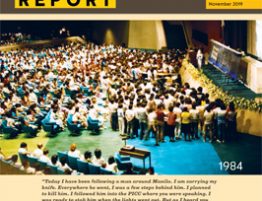 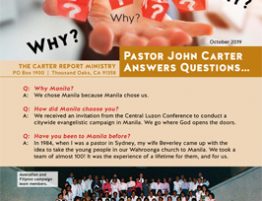 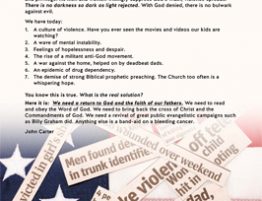 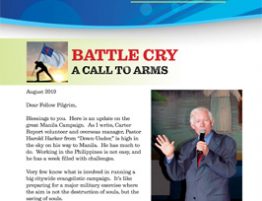