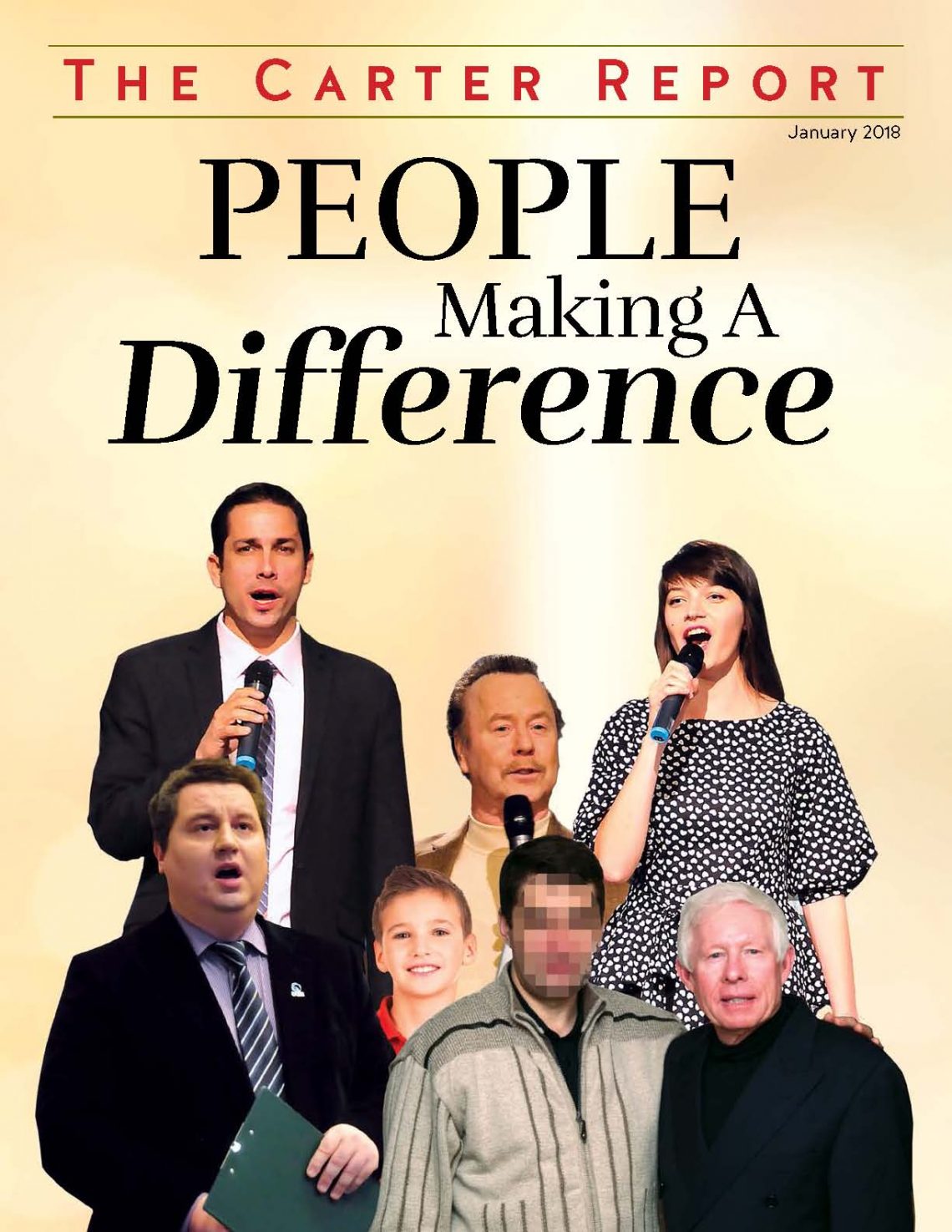 People matter most, not massive buildings or expensive gadgets, but people. Please allow me to introduce some people who in their own quiet way are making a difference for goodness. Meet…

Julia: She has the voice of an angel and sang during our meetings. She was baptized with her mother in Russia.

Alexi: A pastor whom we baptized 25 years ago. He is now the manager of 3ABN Russia and is in charge of getting all our POWER-PACK DVDs produced. He is a happy, kind man.

Pedro: He traveled to Russia from Cuba and was sponsored by The Carter Report. Nightly he thrilled the audience as he sang Spanish and Russian songs. We are providing the funds to send him to the Cuban seminary to get his pastoral degree. We believe he is made of the right stuff.

Sergei: Now an elder of the Church that meets at the 3ABN Center in Nizhny Novgorod. Back in 1992, he was one of three local Mafia men who came to Jesus and were baptized. The Mafia gave them an ultimatum: give up your faith or be shot. The other two gave in, but Sergei stood firm. He is still living for Christ.

Our children: Their grandparents knew the horrors of Communism. Now they face an uncertain future in a world that teeters on the brink of nuclear destruction. We will help them obtain a Christian education so they too can make a positive difference in the world.

Danny Shelton: The man God used to build the Nizhny Novgorod worship center. We were there in 1992 when the original property was purchased. It looked like a bombed
out ruin from the Nazi Blitz, but Danny Shelton looked beyond the ruins and saw a worship center for God’s glory.

He got plenty of opposition. The naysayers said, “It can’t be done, and even if you do build it, you won’t be able to pay the bills!” Today, the critics are silent, and the 3ABN Center in Russia is alive and well. Thank you Jesus.

BIG THINGS CAN BE IMPORTANT. The biggest Protestant building in Russia, the 3ABN Russia Center.

WHAT CAN I DO TO BUILD THE KINGDOM OF CHRIST IN A HOSTILE WORLD?

PO Box 861
Terrigal NSW 2260
“There is one who scatters, yet increases more;
And there is one who withholds more than is right,
But it leads to poverty. The generous soul will be made rich,
And he who waters will also be watered himself.” PROVERBS 11:24, 25

As I stepped through the shiny new door marked “2018,” I privately made some resolutions, and hope you will join me. Here they are for your consideration:

I have a message today that is brimming up from my heart: God is alive, Jesus loves us, the best is yet to be, the Devil is defeated, life is good, most folks are nice, there is more good than bad in the world, our sins are forgiven in Christ, and we have mansions in our Father’s House.

Remember the words the stuttering King George VI quoted in his New Year’s address? England stood alone against the might of Nazi Germany. The bombs were falling, and things were desperate. It looked like freedom would die as the new year was born. Said the King, quoting Minnie Haskins, “I said to the man who stood at the gate of the year, ‘Give me a light that I may tread safely into the unknown.’ And he replied, ‘Go out into the darkness and put your hand into the Hand of God. That shall be to you better than light, and safer than a known way.’”

So dear friend, at this time when a new year begins, put your hand into His hand. That will be better than light, and safer than a known way.